Voice and Video Calls Now Captioned by Google … for Free 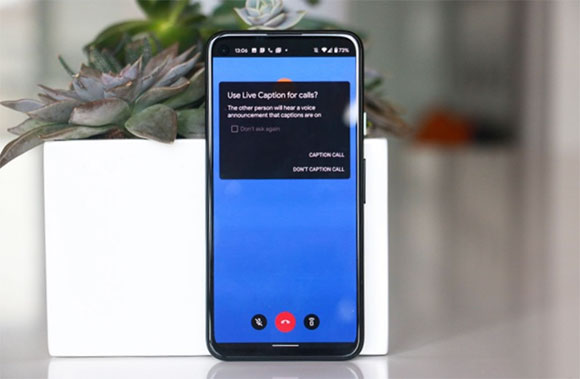 Captioned voice and video calls are now available on Google’s Pixel smartphones starting with the Pixel 4a; the device will caption phone calls made with the native dialer using automatic speech recognition. It will also caption calls, including video calls, using other apps, such as WhatsApp, Viber, Skype… etc..

Prior to the Americans with Disabilities Act of 1990 (the “ADA”) millions of Americans who were deaf, hard of hearing or deaf blind could not make a simple phone call. Telecommunications networks and equipment manufacturers were incapably of generating captions for phone calls. As a result, at the direction of the ADA, and the ADA’s amendment of the Communications Act of 1934, the Federal Communications Commission (“FCC”) adopted rules to establish telecommunications relay service (“TRS”) to ensure that individuals with hearing loss can access functionally equivalent voice communications services. The government stepped in where technology and the private sector could not.

August 2020 marks another historic moment in telecommunications services for individuals with hearing loss. Google Pixel smartphones, starting with the new Google Pixel 4a, will caption voice and video calls for free using automatic speech recognition. For the first time, voice and video calls will be captioned at the initiative of a private company, at no cost to the government. It took thirty (30) years, but the technological gap that led to the establishment of TRS has narrowed.

The Benefits of Live Caption

(1) TRS can only be used on a smartphone through a third-party app; the user cannot use the native dialer. Native dialers are typically feature rich and offer capabilities that TRS apps do not. For example, the Google Pixel dialer offers a feature called “Call Screen” to screen calls from possibly faked numbers in order to prevent unwanted telemarketing calls. TRS apps do not offer this and other capabilities.

(2) Google’s Live Caption service captions voice and video calls made or received on any app. Thus, for the first time, someone who is severely hard of hearing can participate in a voice or video call over the native dialer, WhatsApp, Facebook Messenger, Google Duo or any other communications app. This flexibility is unprecedented and does not exist with TRS.

(3) Live Caption works with voice or video calls, while popular TRS apps, such as Innocaption and CaptionMate support voice calls only.

(4) Live Caption is free to the user, as well as state and federal governments, who have historically paid billions of dollars to subsidize TRS.

Of course, TRS continues to play an important role. Many seniors use landline phones, for which Live Caption is not available. Neither is Live Caption a substitute for video relay service. And caption quality can vary depending upon the quality of the connection.

Live Caption Available on the Pixel 4a and other Pixel Devices

Live Caption and its ability to caption voice and video calls is available with the new Pixel 4a, which can be purchased through RAZ Mobility. It will also be made available with other older Pixel phones, such as the Pixel 2, 3, 3a and 4. It is unclear when this feature will be available in other android devices. The iPhone and iPad do not have this capability.

Here is a summary of some of the Google Pixel’s key accessibility features for individuals with hearing loss: